Intellectual asceticism and the collapse of Western civilization 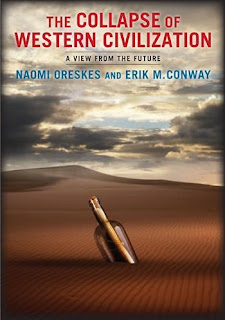 "These so-called 'holistic' approaches still focused almost entirely on natural systems, omitting from consideration the social components. Yet in many cases the social components were the dominant system drivers. It was often said, for example, that climate change was caused by increased atmospheric concentrations of greenhouse gases. Scientists understood that those greenhouse gases were accumulating because of the activities of human beings: deforestation and fossil fuel combustion. Yet they rarely said that the cause was people and their patterns of conspicuous consumption.

"Other scholars have looked to the roots of Western natural science and religious institutions. Just as religious orders of prior centuries had demonstrated moral rigor through extreme practices asceticism in dress, lodging, behavior and food - in essence, practices of physical denial - so too did physical scientists of the 20th and 21st centuries attempt to demonstrate their intellectual rigor through practices of intellectual self-denial.

"These practices led scientists to demand an excessively stringent standard for accepting claims of any kind, even those involving imminent threats. In an almost childlike attempt to demarcate their practices from those of older explanatory traditions scientists felt it necessary to prove to themselves and the world how strict they were in their intellectual standards. Thus they places the burden of proof on novel claims, even empirical claims about phenomena that their theories predicted. This included claims about changes in the climate.

"Some scientists in the early 21st century, for example, had recognized that hurricanes were intensifying. This was consistent with the expectation, based on physical theory, that warmer sea surface temperatures in regions of cyclogenesis could - and likely would - drive either more hurricanes or more intense ones. However, they backed away from this conclusion under pressure from their scientific colleagues.

"Much of the argument surrounded the concept of statistical significance. Given what we now know about the dominance of nonlinear systems and the distribution of stochastic processes, the then-dominant notion of a 95 % confidence limit is hard to fathom. Yet, overwhelming evidence suggests that 20th century scientists believed that a claim could be accepted only if, by the standards of Fisherian statistics, the possibility that an observed event could have happened by chance was less than one in twenty.

"Many phenomena whose causal mechanisms were physically, chemically or biologically linked to warmer temperatures were dismissed as unproven because they did not adhere to the standards of demonstration.

"Historians have long argued about why this standard was accepted, given that it had neither epistemological nor substantive mathematical basis. We have come to understand the 95 % confidence limit as a social convention  rooted in scientists' desire to demonstrate their disciplinary severity.

"Western scientists built an intellectual culture based on the premise that it was worse to fool oneself into believing in something that did not exist than not to believe in something that did. Scientists referred to these positions  respectively as type 1 and type 2 errors, and established protocols designed to avoid type 1 errors at almost all costs. One scientist wrote: 'A type 1 error is often considered to be more serious and therefore more important to avoid than a type 2 error.' Another claimed that type 2 errors were not errors at all, just missed opportunities.

"So while the pattern of weather events was clearly changing many scientists insisted that these events could not yet be attributed with certainty to anthropogenic climate change. Even as lay citizens began to accept this link, the scientists who studied it did not. More important, political leaders came to believe that they had more time to act than they really did.

"The irony of these beliefs need not be dwelt on" 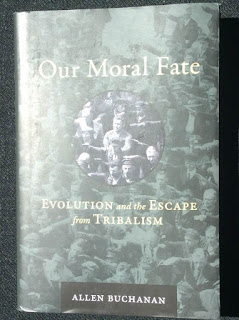 Given that, for significant numbers of humans, the First and Second Great Expansions have occurred, people who subscribe to the dogma that human beings have a tribalistic moral nature have two main options. Either they can give up the dogma entirely and admit that they simply didn't appreciate the flexibility of the moral mind because they confused the moral mind with the kind of moralities it was first expressed in; or they can soften the dogma by acknowledging that culture has stretched the tribalistic evolutionary leash in some cases, but assert that its doing so was a matter of going against our evolutionary grain, and that consequently any shift toward inclusion is bound to be anemic and unstable.

Obviously, I think the first response is the best: the belief that we are beings with a tribalistic moral nature should just be abandoned. To those who take the second option, my reply is simple: given that human moralities exhibit great diversity and that some people's moralities are not tribalistic, why should we say that our moral nature is tribalistic? It won't do for the die-hard defender of the dogma to cite evidence of the pervasiveness of tribalistic moral attitudes and beliefs, whether the evidence is historical or based on experiments, even if it is cross-cultural, because any such evidence is compatible with the hypothesis that our moral nature (the moral mind) is neither tribalistic nor inclusive, but rather so flexible as to be capable of being expressed in either tribalistic or inclusive moralities, depending on the environment.

In other words, to take historical or experimental evidence of tribalistic moral attitudes or behavior as conclusive confirmation of the thesis that humans have a tribalistic moral nature is to ignore the biased-sample problem I noted earlier. If the human-constructed niches in which the moral mind can get expressed in inclusive moralities are rare and recent, then concluding that human moral nature is tribalistic because most human moralities have been like that would be no more cogent than concluding that water flea nature includes protective spines and helmets because most of the water fleas you happened to have observed has those features.

Suppose that the last-ditch tribal dogmatist rejects the idea that our moral nature is dualistic and in response to the obvious fact that some moralities are now inclusive says that inclusion nonetheless goes against our nature. That is, suppose that he still asserts that our moral nature is tribalistic, period, not tribalistic and inclusive. Allowing for our moral nature to be overridden - saying, in effect, that we can act "unnaturally" - dilutes the notion of the nature of a thing. And that greatly reduces the interest and importance of the grand thesis that we are beings with a tribalistic moral nature. It also renders that thesis incapable of yielding any significant predictions about the scope of potential moral change or the space of possible moralities.

What I have to say in this book will still be important even if you dispense with talk of human moral nature altogether and fall back to a weaker, much less sexy thesis: namely, that human beings, by virtue of their evolutionary history, are predisposed to behave in a morally tribalistic way. To say that they are predisposed to tribalism means that exhibiting tribalistic moralities is the default position for humans, the way they tend to act, even if that tendency is sometimes not realized because of cultural influences. Its the default position, because the disposition to tribalism is an especially powerful aspect of our moral psychology.

Finally, let me emphasize that there is a way of interpreting the experimental and historical evidence of tribalistic moral attitudes and behaviors that is compatible with rejecting the Tribalism Dogma, even in its weaker forms. Such evidence can be explained without concluding that humans have an especially powerful, deeply rooted, biologically based predisposition to tribalism if we make the following reasonable assumptions: (1) the moral mind is highly flexible; (2) most humans have lived in environments in which that flexibility issued in tribalistic moralities; (3) culture has developed in ways that sustain tribalistic moralities, even when they no longer promote reproductive fitness and are no longer necessary for successful cooperation; and (4) some people have an interest in maintaining (or resurrecting) tribalistic tendencies and they have the ability to do so effectively.

Each of these assumptions is highly credible. [...]

Planet of the humans

25 ways of looking at AI 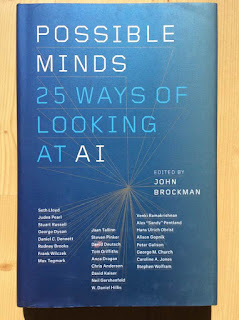