The claim of social psychology 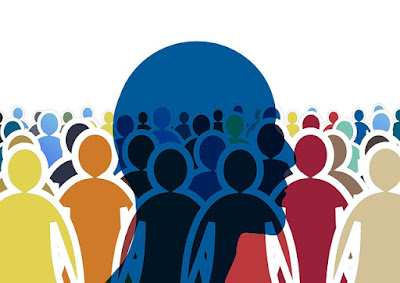 The main claim of pre-2012 social psychology is that small changes in the environment can have big effects on thought and behavior. If true, this has important theoretical and practical implications. It's probably not true.

I am trying to write an introduction to social psychology (and more) for high-school students, and I really need to address this statement. My immediate response is: "Of course it's true". Replication crisis, methodological and even metaphysical doubts notwithstanding, is it really controversial to claim that, of course, we humans are affected by environmental stimuli, often subconsciously, all the time?

(I also need to deal with the ideological overtones of this debate, while keeping things fair and balanced.)

What to do? Why not reach out on Twitter?
As expected, Professor Bloom graciously responded almost immediately:

Sure. But just so I can be clear about what we're disagreeing about, can you give an example of where you think I'm wrong - of a social psych finding showing that "small changes in the environment can have big effects on thought and behavior"?

Here are my spontaneous reactions to that challenge. Let me start by setting the scene. Below is a snippet I wrote some years ago:

I don't think it is at all obvious to discuss the climate crisis as a (solely or largely) ethical or moral dilemma. And it's not clear to me that it should be considered an especially hard problem, either. There are many practical problems, to be sure; but they are just that: practicalities.

"The perfect moral storm" is a grievous misnomer. It seems to imply that there are major obstacles to agreeing (in principle) on what should be done when, in fact, it refers to a confluence of  aggravating circumstances when it comes to acting accordingly.

The tragedy of the commons isn't an ethical problem, but rather a practical one. Sure, there are ethical considerations regarding how we, as a society, should calculate and weigh different interests and risks. But, again, "moral competence" appears to denote only the ability or desire to act consistent with any reasonable calculus.

I believe that a failure to distinguish between what should (or could) be done, and what people seem willing (or eager) to do, is highly counter-productive. It leads to "moral hazard"; in effect providing people with a perfect alibi for doing nothing; for not acting constructively, and in accordance with everything they actually know - or are told - to be right (and absolutely necessary).

Perhaps this seems circuitous, but one of the messages I wish to bring across to my students is that we humans have a strong tendency - for better or worse - to adapt to our (social) circumstances. That adaption often follows a simple (subconscious) rule: "I'd rather be wrong than alone". We pick up cues in our environment and - courtesy of both evolutionary heuristics and neural plasticity - build chains of inferences according to something like the following sequence:

We need to fit in, above else. This means being no more far-sighted, logical, consistent, balanced, fair, neutral, or broad-minded than necessary - and not at all if that would mean stigma or exclusion. Our shame-avoidance and status-seeking behavior overrides any cognitive dissonance and dampens any incentive - however weak - to question the status-quo. What is virtuous and who or what is authoritative is highly contingent.

(Then, of course, there are also reasons at the individual level for being less than a saint.)

More to the point, a more general formulation of the overall finding (and claim) of social psychology - as I have understood it - is that people act and think differently depending on where they are - not who they are. If the claim of cognitive science is that, basically, people are people, then (in the words of Depeche Mode) why should it be that you and I should get along so awfully?

There are countless examples of local and regional variations in habits, customs, norms, regulations, laws, etc. that generate and perpetuate drastic differences in how individuals perceive the (social) world. Just to take one example: In one relatively small province of Sweden, the percentage of people who support an ultra-nationalistic party is much higher than anywhere else in the country. There is no reason to think that regional differences could explain this (as there are hardly any in Sweden) other than the fact that a prominent party member happens to live there. These kinds of contingencies crop up everywhere.

On a much broader scale, the World Values Survey shows just how much practical and ideological differences actually hinge on contingencies.

The Overton window changes from place to place and from time to time, and with it, how individuals talk, think and feel.

Marketing, both in the long and short term, drastically influences peoples' ideas of what is valuable.

In the short term, anchoring effects can have huge impacts

The Hawthorne effect is ever present, and keeps bolstering many spurious claims about the effectiveness of various interventions (keeping e.g. educational consultants busy).

Group-attribution creates and increases polarization, even on essentially meaningless issues. There are Robber's caves and Minimal groups everywhere, with diverging world-views as a result.

Social media corrodes what cohesion and societal osmosis we have managed thus far. Neal Stephenson depicts this magnificently in his book "Fall, or: Dodge in Hell" where a part of Utah is still cordoned off, even decades after a hoax about a nuclear explosion that "truthers" still (wish to) believe actually happened.

Behavioral genetics seems to show that, apart from genes, one's peer-group seems to be the strongest influence on how one's personality traits develop and which trajectory one's life takes.

Despite intense critique leveled at Asch's and Millgram's conformity experiments and other classics of social psychology, there is clearly much folk-wisdom contained in them.

In the same vein, priming is clearly a thing - regardless of how many botched and over-hyped experiments are exposed. How could it not be? Our minds are associative networks and most, if not all, of the activity of mind takes place without conscious awareness or control.

Ramblings, to be sure, and not a very succinct answer to Professor Bloom's question. Much hinges on what we mean with "a small change" and "a big effect", and any single experiment might not be able to able to demonstrate this with a sufficient degree of scientific credibility or to allay all ideological wishes and misgivings.

What I want, most of all, is guidance on how to talk about these topics with young people - students for which I am partly responsible - in a way that is bold and progressive while at the same time scientifically and philosophically "kosher". It's a fine balance: As soon as I take liberties with the extremely cautious school curriculum I risk civil disobedience. On the other hand, as soon as I lecture on a new experiment or theory it doesn't take long before that same experiment is dissected, rejected and frowned upon by parts of the scientific and intellectual community.

I suspect that there is sometimes an overblown fear of association with social psychology in general, and with ideologically fraught findings specifically - so much so that even level-headed academics jump on the bandwagon of suspicion or acquiescence just to steer clear of any controversy. (Which, in itself, is a powerful demonstration of social psychology at work.)