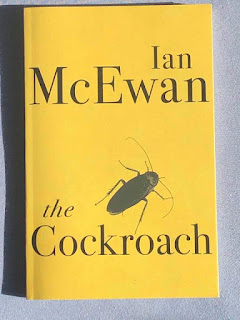 There was nothing in the near-infinite compendium of EU rules and trade protocols of the customs union that prevented a member state from reversing the circulation of its finances. That did not quite represent permission. Or did it? It was a defining principle of an open society that everything was lawful until there was a law against it. Beyond Europe’s eastern borders, in Russia, China and all the totalitarian states of the world, everything was illegal unless the state sanctioned it. In the corridors of the EU, no one had ever thought of excluding the reverse flow of money from acceptable practice because no one had ever heard of the idea. Even if someone had, it would have been difficult to define the legal or philosophical principles by which it should be illegal. An appeal to basics would not have helped. Everyone knew that in every single law of physics, except one, there was no logical reason why the phenomena described could not run backwards as well as forwards. The famous exception was the second law of thermodynamics. In that beautiful construct, time was bound to run in one direction only. The Reversalism was a special case of the second law and therefore in breach of it! Or was it? This question was hotly debated in the Strasbourg Parliament right up until the morning the members had to decamp to Brussels, as they frequently had to. By the time they had arrived and unpacked and enjoyed a decent lunch, everyone had lost the thread, even when a theoretical physicist came specially from the CERN laboratories to set everything straight in less than three hours with some interesting equations. Besides, the next day a further question arose. Would what the scientist said remain true if he’d said it in reverse?